Cake enthusiasts who also happen to be dog lovers can walk into a bakery and order a deliciously well-crafted cake shaped like their furry bestie: Except sometimes what you order isn’t exactly what you receive. There’s something about a poorly-executed cake that raises a lot of questions. Namely, “Why?” What compels the creator of a cake fail to step back, eye their cake, and think, “Yea, that’ll do”?

Here are 16 of the worst doggy cake fails that even a hungry Dachshund wouldn’t touch.

1. This dog obviously raided the trashcan a few times. 2. This Bulldog looks even sadder than BarkPost’s HR Frank, and that’s saying something. 3. As if most dog toys aren’t already phallic enough, here’s a red rocket on your cake to remind you. 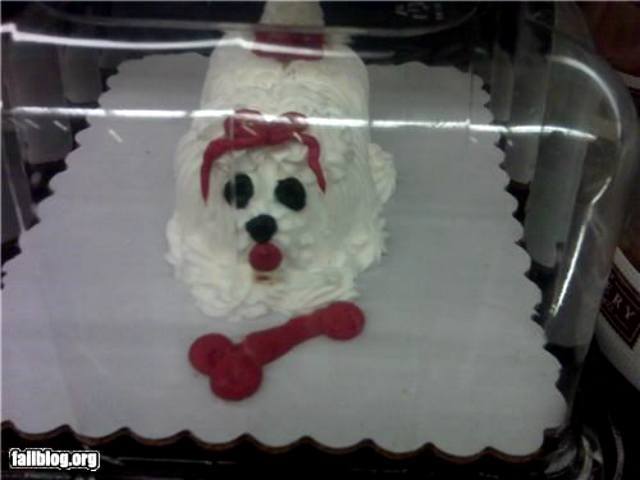 4. There are so many questions we need answered with this one. But mostly just “why.” 5. Ok, so this one isn’t so bad. But those eyes are creeping us out. A cake should not make us feel guilty for hiding the treats. 7. Put the piping bag down and step away from the cake. 8. This is the face of a dog who knows he’s had too many treats…but DOESN’T CARE. 11. I AM FLAMEDOG. I WILL BURN YOUR RETINAS WITH MY UGLINESS. 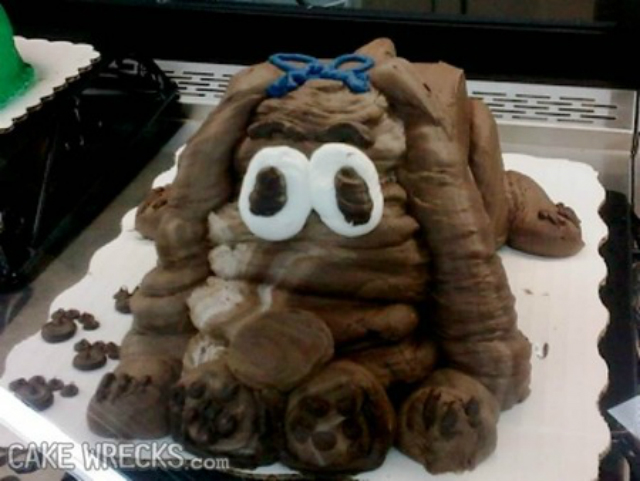 13. To be fair, Pugs are notoriously derpy-looking. But we still wouldn’t eat this cake. 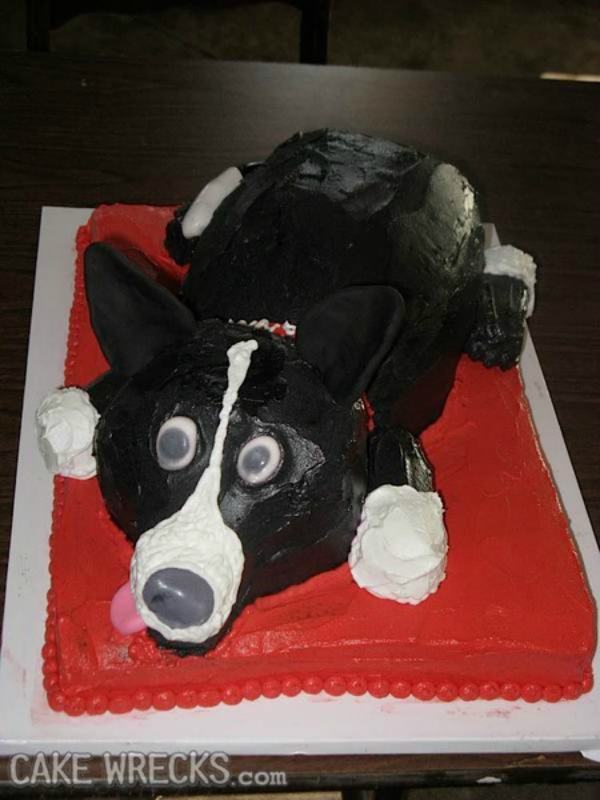