We feed them, we give them shelter, we provide all the love and care a derpy pup could ever ask for. And how do they repay us? By escaping their crates, homes and fences and wreaking havoc on the entire neighborhood! The pups below are guilty of committing various crimes during their dramatic escapes. We suggest you approach with extreme caution and consider them groomed and dangerous!

1. Aiding And Abetting A Known Rodent 4. The Reverse Escape (AKA: Impersonating A Sleeping Bulldog) 5. Pug: Guilty of Lewd and Lascivious Conduct, Grandma: Accessory After The Fact 7. Escape From The Rock – The Most Daring Prison Break Of All 9. Breach Of Parole (She Probably Lost That Eye In A Lock Down Riot) 10. Solicitation (The Chihuahua Was Charged With “Assault”) 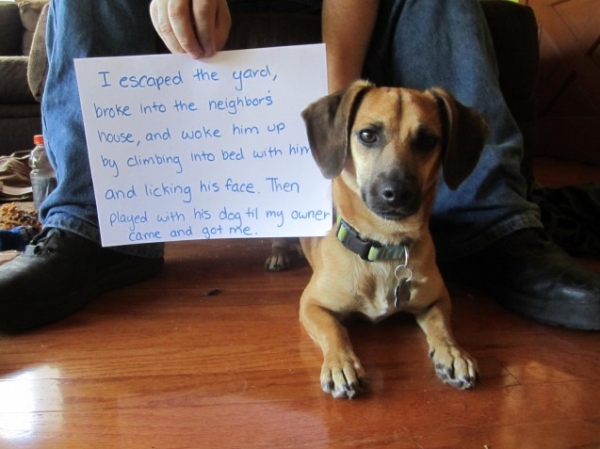