Meet Orlando, an 11-year-old seeing-eye dog who risked his life when he sensed his blind owner was in danger. 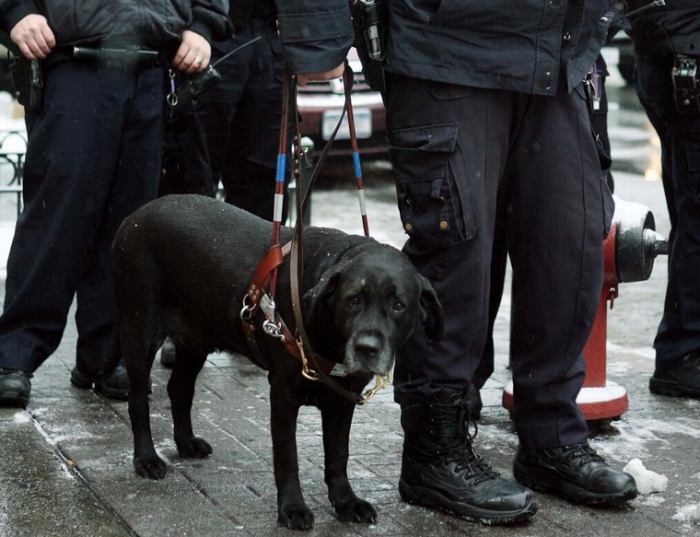 This morning at 9:30am at the 125th street A station in New York City, Orlando’s owner Cecil Williams started to feel faint and wobbled on the edge of the platform. 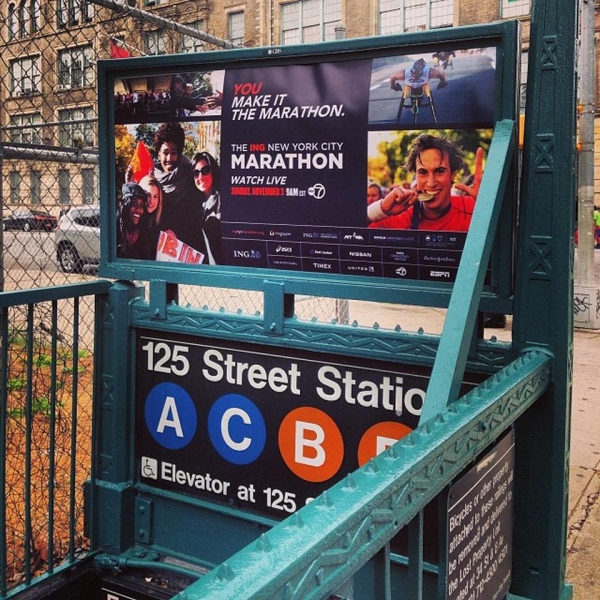 Orlando pulled and tugged to prevent Cecil from falling onto the tracks, but it didn’t work and Cecil fell into the rail bed.

Orlando jumped after him just as a train was coming around the corner.

MTA transit flagman Larmont Smith screamed at Cecil to lie down between the rails, but Cecil was so befuddled that he didn’t hear Larmont until the train was almost on top of him. At the last moment, Cecil and Orlando lowered their heads to the railbed, safe from the train’s path… Orlando had waited to lower his furry head until he felt Cecil was safe. 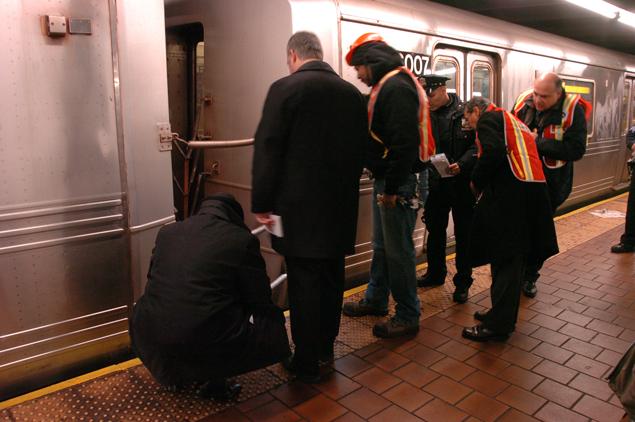 Blown away by Orlando’s instincts and devotion, Larmont Smith said, “It was incredible. Normally an animal, or another human being, would run. That dog stayed right there.” (NY Daily News)

After the whole ordeal, Cecil and Orlando were taken to St. Luke’s Hospital. Cecil had a minor cut on his head and Orlando was completely fine. 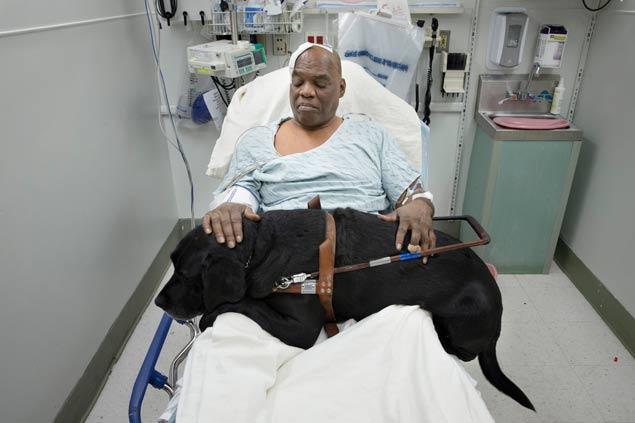 The rest of the day, Orlando didn’t leave Cecil’s side. ♥ 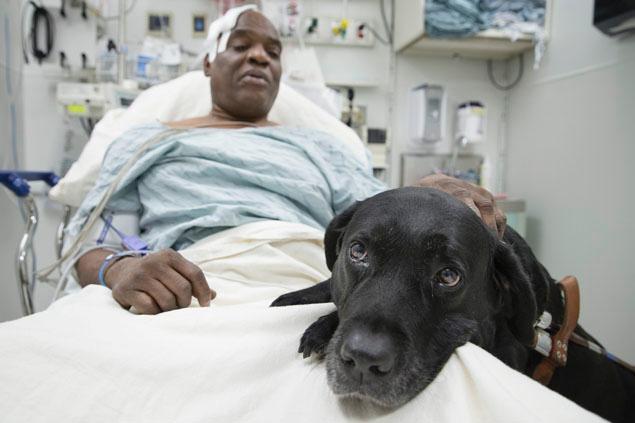 Unfortunately, this isn’t the only horror that Cecil and Orlando have on their plates right now. Because of Orlando’s age, Cecil was going to have to give up Orlando when the dog retires because insurance companies will not pay for a “non-working dog.” Perhaps the most beautiful thing of all is that a bunch of strangers have raised over $29,000 to help Cecil keep his pup. 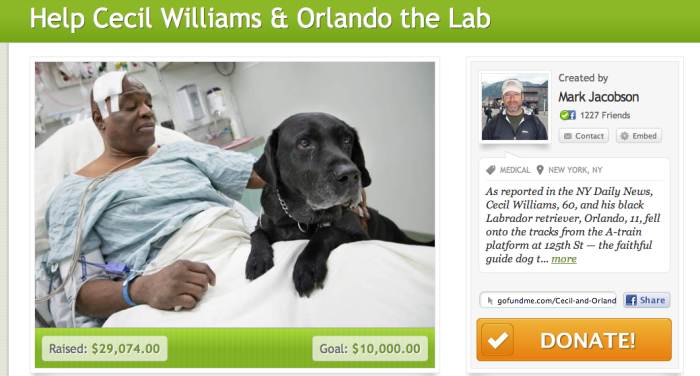 Turns out hoomans can be pretty darn awesome as well. ♥

For more info, check out this story on the NY Times, the NY Daily News, and CNN.