This sweet pup, nicknamed Indie, was dropped off at a shelter in Immokalee, Florida back in July. His snout was severely disfigured, his nose and upper lip completely gone. His injuries were so bad, most people probably would have given up on him.

Luckily, this darling dog was taken to kind humans who knew he deserved a second chance. He was treated by specialists at the Gulf Coast Humane Society, where further examination of the wounds led them to believe Indie had been used as a bait dog in a dogfighting ring, after which he was shot in the face and left to die in a field. After sharing his story with the public, donations from dog lovers horrified by the cruel abuse this pup had endured poured in. A Facebook page was made in Indie’s honor, where updates were shared with those who followed his story for good news.

Thank you everyone for all of your donations as well as your love and support.

After being treated for the horrible wounds and infection on his face, Indie went home with Michelle Rosner from the Veterinary Technician Program at Heritage Institute in Fort Myers. The executive director of the Gulf Coast Humane Society said, “We are so happy to have Indie in such a wonderful environment to heal from emotional and physical abuse and neglect.”

To help pay for the extensive treatment he needed, Indie received aid from the Second Chance Fund, set up by the Gulf Coast Humane Society to help raise money for sick animals desperately in need of some help. Nowadays, he enjoys lounging on the bed and playing with his buddies. When asked if he can breathe through what’s left of his nose, his foster mom responded with, “Yes he can. He’s just a loud breather. :)” 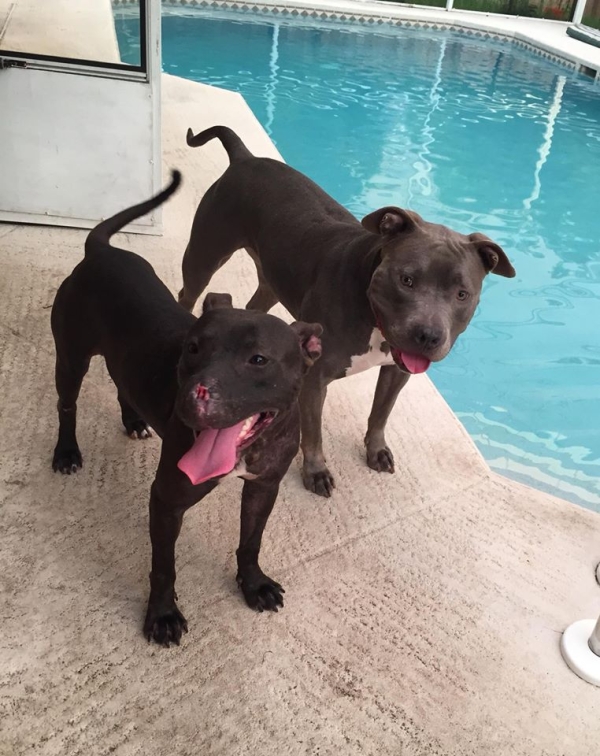