You’ll recall the group of Korean meat dogs rescued and transported to the U.S. for adoption. Well, it’s been 5 whole months, and the pups couldn’t be doing better. Almost 2 dozen dogs have found homes in the Northern Virginia area or are waiting for their lucky day to go home with a great family.

Here’s a pupdate on a couple of the dogs: A Korean Jindo mix, Hope was once a petrified little thing and behaved just like a stray with zero socialization skills. Luckily, her love of treats made her easy to train, and she is now playing like a pro with the other dogs.

Though building her confidence was a slow process, Hope’s current place in a long-term foster home with a training facility and doggie daycare allows her to gradually gain trust and grow accustomed to new people and places. Her foster mama and owner of K9Divine remarks,

Hope, has adapted very quickly to the comforts of home life – Day 1: slept on the bare floor; Day 2: moved onto a dog bed; Day 3: slept on the couch; Day 4: climbed the narrow, windy staircase to my bedroom and slept on the bed.

She started out not allowing me to touch her. She would touch my hand with her nose, but if I reached for her she would run away. If I did manage to catch her, she would flinch when I petted her. She still gets nervous if I reach for her, but if I let her come to me she now enjoys being petted.

To inquire about adopting Hope, head on over to the AWLA website for more info. A young Corgi/Cattle Dog mix, Abi is surprisingly social. While in the shelter, she was quite the Houdini, slipping through the kennel fencing and searching the hallways for adventure. Eventually Abi was adopted by a pair of first-time pup parents who did a significant amount of research before taking on an unsocialized puppy. Turns out they make a perfect team; Mom and Dad can read her body language with no pawblem, and their intuition and patience is perfect for encouraging Abi to break out of her shell.

According to the proud parents, Abi is a total lap dog and even claims her own spot in their bed. She ruvs toys and is (still) especially clever — she’s been known to unlatch her own crate door! Stairs, car rides, and long walks are cake, and she’s always improving when confronted with new people. In short, she’s finally learned how to be a dog.

Congratulations, you guys are some lucky pups.

57 dogs were recently rescued from a Korean meat market by the Humane Society International and brought to the San Francisco SPCA. While some wait to get adopted at the SF SPCA, others have been taken to shelters around the area to make sure every pup gets their shot at finding their furever homes!

Hayden, a three-month-old Korean Jindo, was the first of the bunch to get adopted from the Sacramento SPCA. The same day four other jindo-mixes found furever homes! According to The Sacramento Bee, “Lum and Lopez were first in line, camping out in front of the Sacramento SPCA at 5 am Thursday morning,” so they could adopt one of these precious pups. Another human, Long Nguyen, found his pup-mate in fiesty and fuzzy, Riley. 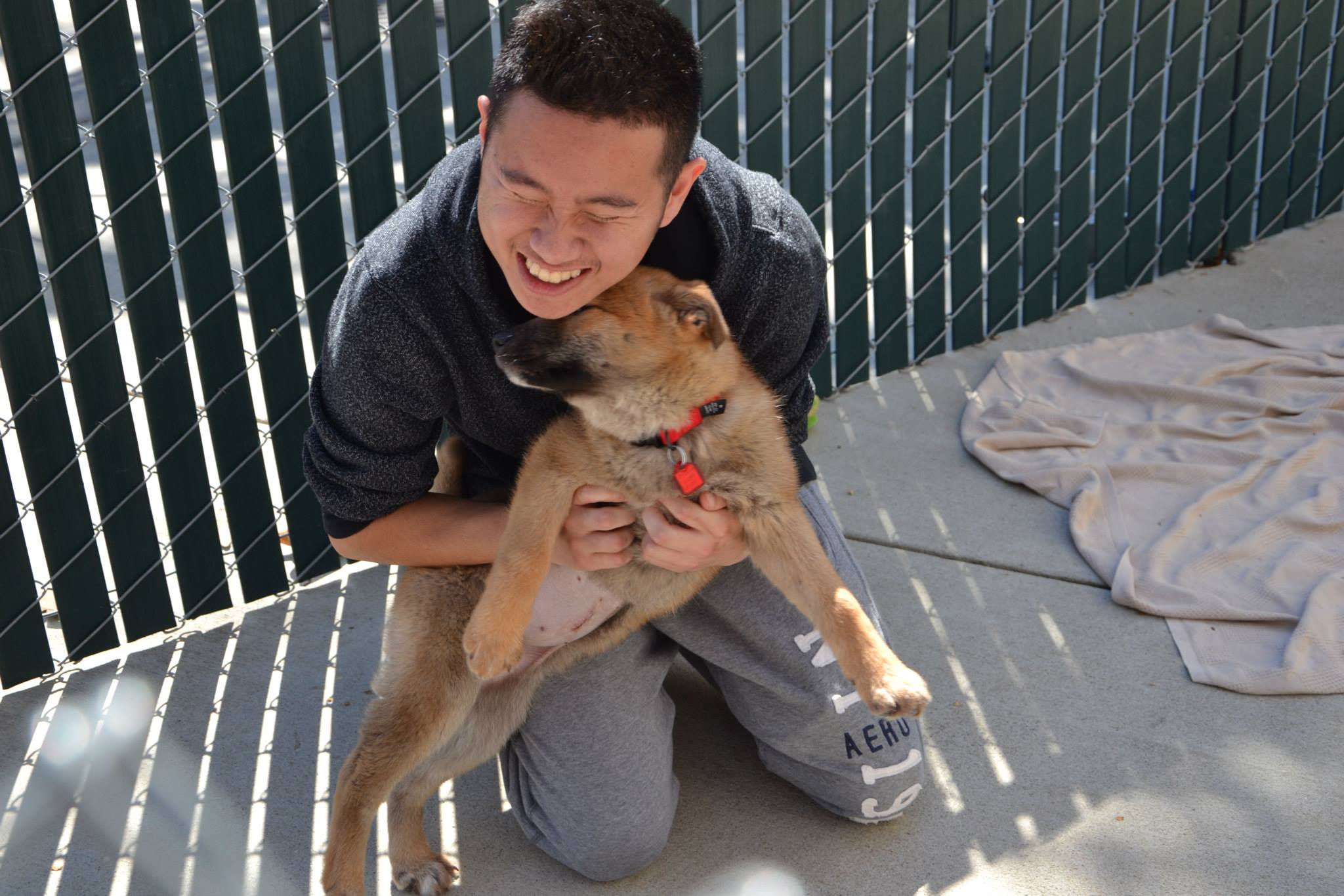 If you’d like to adopt one of these pups, head on over to the Sacramento SPCA or San Francisco SPCA page for details!