If “ugly” means “pawesome inspiration to all,” this dog is definitely the ugliest we’ve ever seen. Quasi Modo, a 10-year-old Pittie-Dutch Shepherd mix, was abandoned at a shelter in Palm Beach, Florida, where her spinal defect made her stand out. Thankfully, veterinarian Dr. Virginia Sayre saw something truly special in the hunchbacked dog and took her home. This year, Quasi competed in the “Ugliest Dog In The World” contest in California, where pups with unconventional looks strutted their stuff and shared their stories in hopes of winning a $1,500 prize and bragging rights. In her pageant biography, Quasi and her owner say, Dr. Sayre says Quasi gets along with everyone, and she has even become an “ambassador for teaching people about acceptance and tolerance for things that are different,” according to her pageant biography. 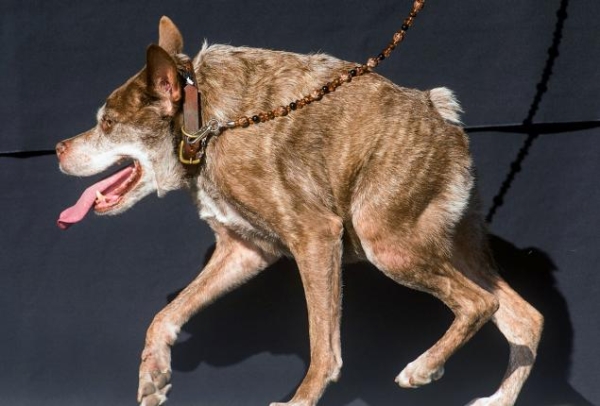 You can read the rest of the biography here. Congrats, Quasi! Keep being your pawesome self!