We know that a woman’s body undergoes many changes after birth, but what about a dog’s? After the birth of a litter, also known as whelping, female dogs see many of the same changes in their body that women do, just in a shorter length of time. During pregnancy, dogs require an increase in the amount of food they eat in order to sustain her growing puppies, which can result in a small amount of weight gain. Once the puppies are born, mothers who are stressed or overactive may require this increased intake of food to be continued to help her keep up with the demands of providing food and security for her puppies. As the puppies grow and the female dog resumes her normal activity level, the weight gained will quickly be shed. After giving birth, your dog will be physical exhausted. Many female dogs exhibit post-partum panting for a few hours while their body settles down and they relax into motherhood. This is perfectly normal and should subside within the first 24-hours after birth. If it continues longer than a day or worsens during nursing, contact your veterinarian, as it could be a sign that something is wrong. For the first few weeks of their lives, puppies rely on their mother’s teats for nutrition. During this time, the teats will be visibly distended to allow the puppies to easily access them for milk.

As the pups age and begin the process of weaning, the mother dog begins to produce less and less milk. Once she is no longer producing milk, her teats will begin to return to their pre-puppy appearance. 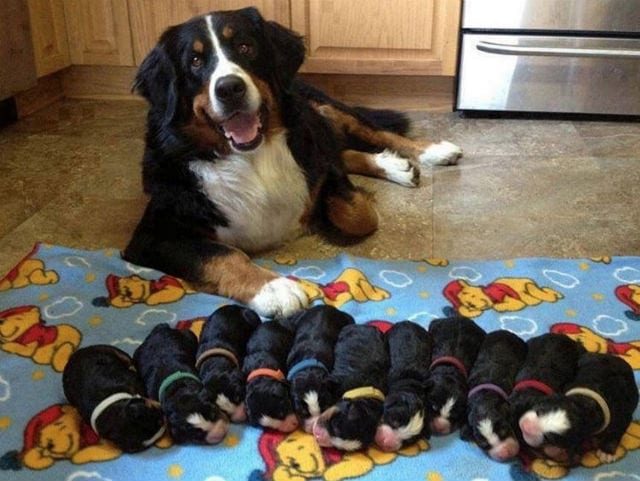 By the time her puppies are ready to go to their forever homes, your dog will be nearly back to her pre-puppy body. How’s that for a quick recovery? Just like with humans, the birth of puppies come with its own set of mental changes for your dog. Just like their human counterparts, your dog will experience mental changes as a result of bringing new life into the world. After the birth of her litter, a female dog will experience a range of emotions that result in specific behaviors. When her puppies are first born, the mother is all consumed by the new arrivals, which is no surprise as their survival is in her paws. This means that time with her owners and even eating or going to relieve herself is temporarily put on the back burner. Due to this, you may have to use a leash and guide your dog to go outside when necessary or deal with accidents in the house. 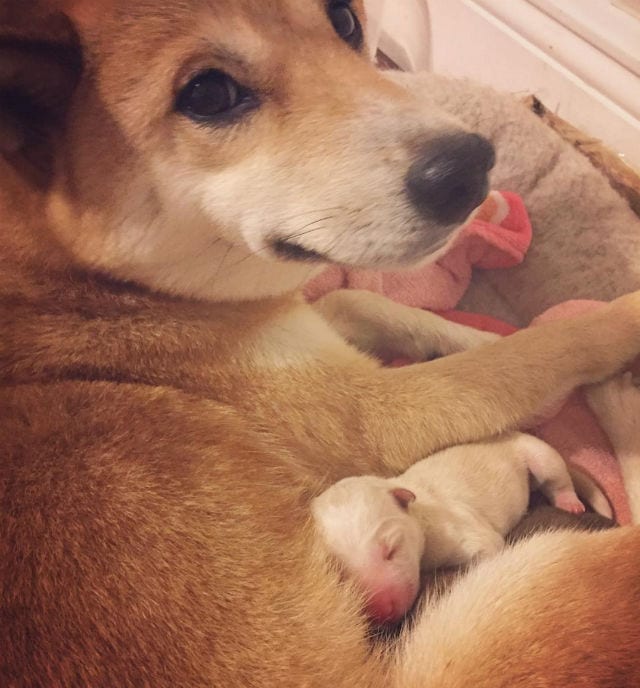 The birth of a litter can also trigger strong maternal instincts in a female dog; even well socialized dogs can become possessive when around her newborn pups. She may also try to “hide” her puppies from perceived predators, so it’s important to give her as much privacy as possible during these first few weeks. Fortunately, both of these behaviors tend to die down when the puppies reach around 4-weeks of age. Around this one-month mark, your dog will start to teach her pups to be more independent. To do this, she will begin to limit the time she spends with them and may stop their advances to nip or jump on her. At this point, you can step in and help with the puppies continued socialization. Not that this is much of a chore; is there anything cuter than tiny puppies? 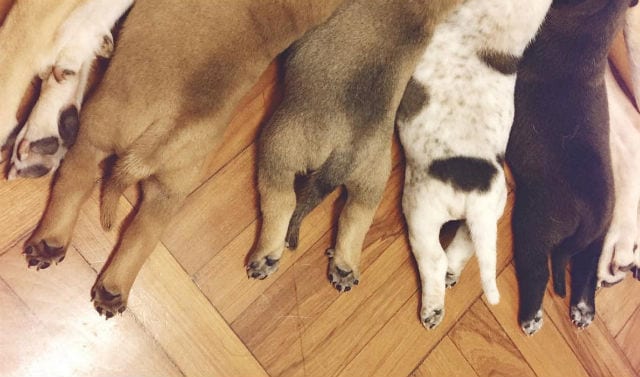 Once she feels that her puppies are becoming independent, a female dog will go back to wanting to spend most of her time with her owners. Many owners find that in just a few short weeks their dog’s behavior has completely returned to how it was pre-puppies. Whether you’re a human or a dog, being a mom is hard work. Fortunately, female dogs take the all of the changes motherhood brings them in stride to give us the greatest gift of all; squishy, adorable puppies.

What Is The Checklist of Things I Need When Bringing a New Puppy Home?

Why Does My Dog Hump So Much and Should I Be Worried?