New York City boasts great diversity nearly everywhere you look. That’s especially true if you look at a dog park. Not only are there dogs of every shape, size and smell, but their humans are also wonderfully unique and specific.

Illustrator/cartoonist/genius David Ostow noticed this, too. As he told Buzzfeed, he was inspired after dog-watching/people-watching in Brooklyn’s Prospect Park. For every eccentric dog he saw, he realized there was an equally odd (if not moreso) counterpart: that dog’s human. Without further ado, here is David’s helpful (and hilarious) guide to the different “breeds” of NYC dog owners you’re likely to encounter: 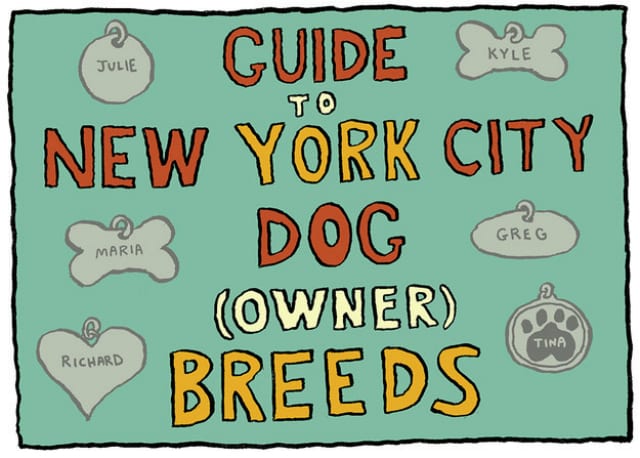 5. The Long- And Short-Haired Gutterpunk 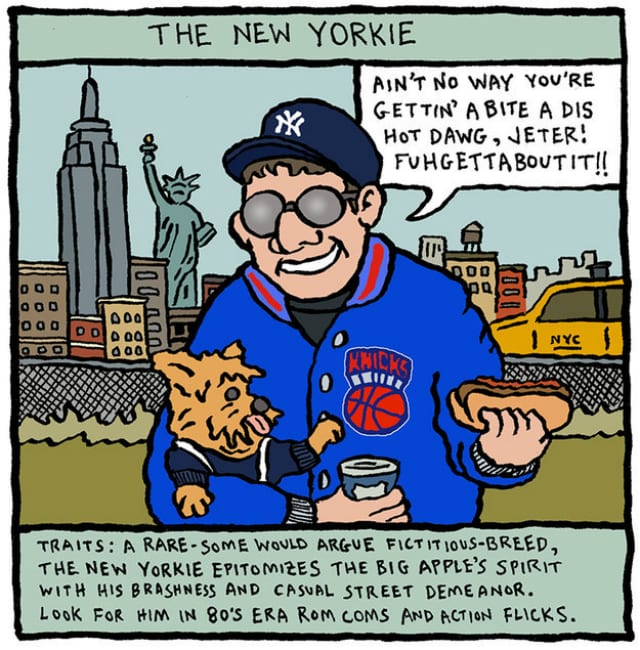