Ginny the rescue pup was a special dog—everywhere she went she rescued cats who were in danger on the streets. She’s estimated to have saved at least 1,000 cats in her lifetime by sniffing them out, wherever they were. She brought at least 20 of them home, several of which were disabled in some way. 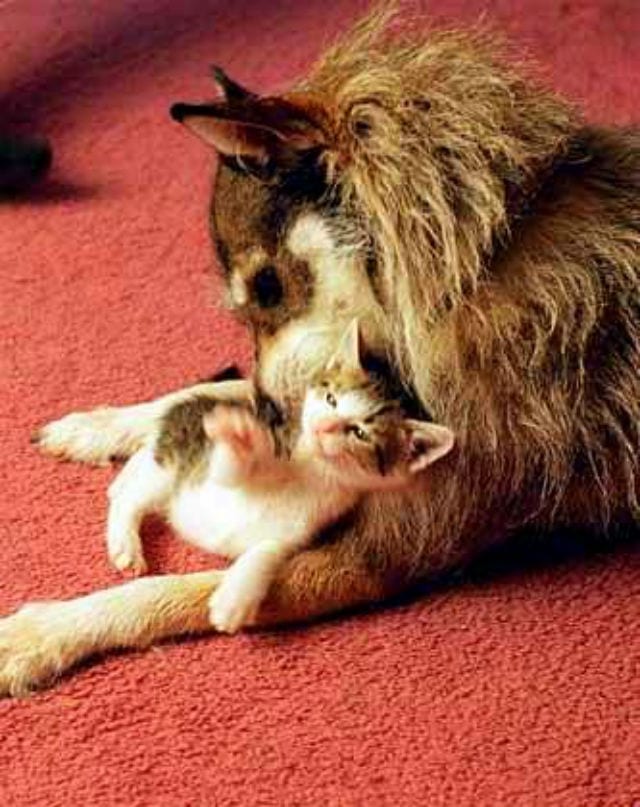 The first time Ginny put her rescue skills to work, she broke off her leash and ran to a pipe. As she pawed at it, whimpering as she typically does when she finds a cat, out came five kittens.

She’s sniffed kitties out of dumpsters, glove compartments, and other unexpected places where they were trapped as well. She would paw and bark at cats in danger—she had a sixth sense for saving cats, and her human helped her carry out her mission. Ginny’s owner Philip was injured in a construction accident and suffered from depression. He said Ginny, whom he adopted after she was abused and abandoned by her former owners, gave him purpose. Ginny and Philip dropped by the local animal shelter weekly to drop off the cats Ginny saved, and regularly on visits, Ginny would fall in love with her own cats. She would bark and beg to take them home. Most of the cats she fell in love with had a physical disability, in particular being deaf or blind.

Ginny passed away at age 17 in 2005, but her legacy lives on through stories about her and The Ginny Fund, an organization in her honor that rescues cats on the streets of Long Island, New York.

h/t via OneGreenPlanet + featured image via The Ginny Fund/Facebook