He was always out there, lurking grumpily in the darkness, waiting to make the most dramatic entrance and overtake the (previously) feline-dominated meme world. Boys and squirrels, this is grumpy puppy, Earl. (Perfect name. Don’t fight me on this.)

Earl the Puggle is only 5 months old and already has over 2 million views on the image that transformed the universe as we know it. 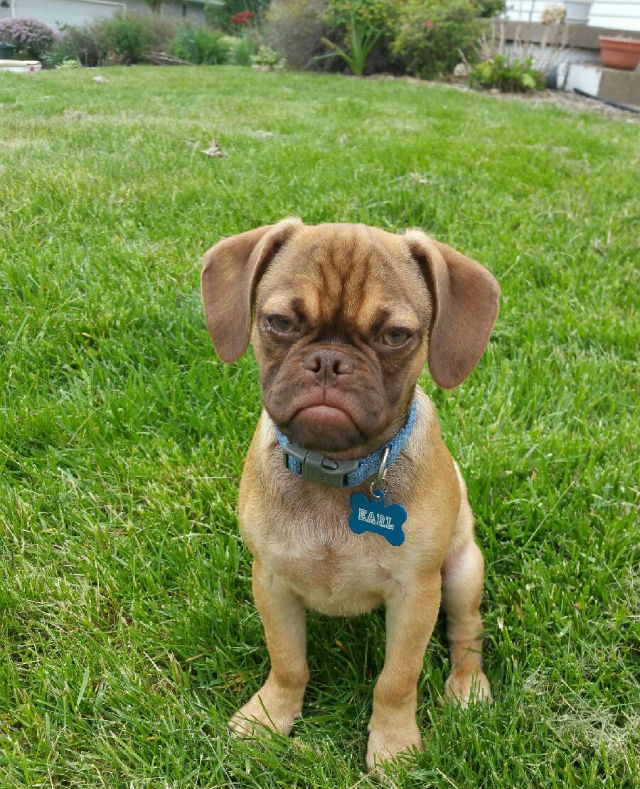 Seriously, though. That FACE. It has just the right combination of sassy, peeved, and disgruntled, with just a hint of smugness. We are deeply in love with those wrinkles, Earl. And those “are you puggin’ joking” eyes. And that underbite that really puts the grrr in grumpy. YAS. C’mon, you know that feeling when your human wants to end the walk and you ain’t even finished pooping? Earl does. Or when you finally decide to sell out and bring the ball back and your human keeps PRETENDING to throw it. Do you know what I mean? Yeah. Earl does, too. 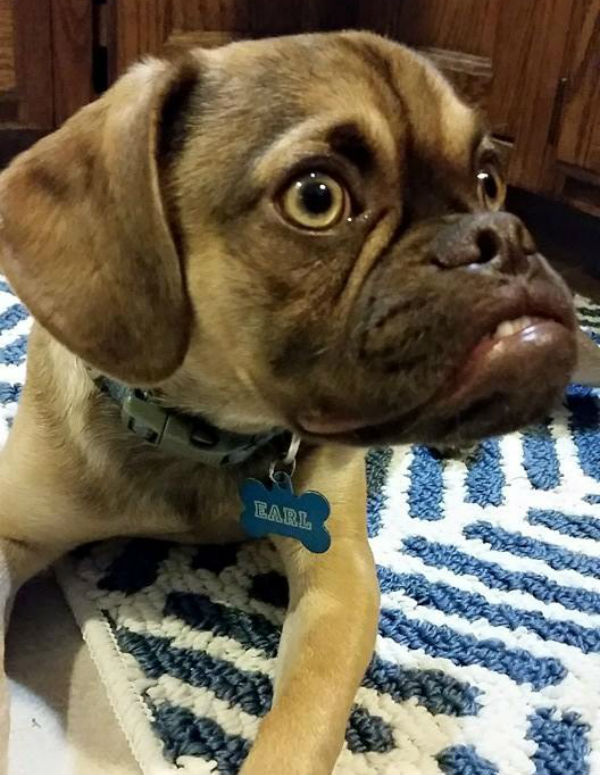 But furreal, what about when your human puts the food down but makes you wait to eat? And then they say “okay, go!” Why don’t you “go!” in the backyard so I can lock you out. He has had the grumpy expression from day one. The vet said he’s as healthy as any other puppy. He just looks grumpy because of his underbite, wrinkles, and dark complexion.

He is the most relaxed, content puppy either one of us has ever seen. Whenever he wants something he’ll calmly sit down and stare at us until we ask him the right question. Then he wags his tail in approval.

He’s constantly trying to snuggle up to one of us and has us in constant fits of laughter through his facial expressions and mannerisms. He’s a daddy’s boy and loves to pick on his momma.