Lolita, a Pit Bull/Schnauzer mix, is a petite lady with tufts of wily hair on her chest - and no, she isn't ashamed. It's also been reported that there are whispers around the Heavenly Angels Animal Rescue Inc. office that Lolita's upper lip is slightly *ahem* hairier than your normal Pit Bull. But to Lolita, it's a perk. Lolita woofed exclusively to BarkPost and said:

"That upper lip hair is like a crumb catcher. Hours after I finish my treats and meals, guess who's still got more tasty morsels hidden in there? ME! Who wishes they had a hairy upper lip now, HOOMANS?" "I've gotta get in position for this hairy crumb catcher to work its magic!" - Lolita

While we weren't able to actually meet Lolita at Heavenly Angels Animal Rescue Inc. in Ozone Park, NY, we can totally imagine curling up with this little babette, running our fingers through her chest hair, while she requests, for the fifth time, for us to tell her how beautiful, special, intelligent, charming, witty, athletic, insert any other adjective she is. And oh yes, to comment on the softness of her chest hair. A doggie source who wanted to remain anonymous told BarkPost

Lolita is so proud of that chest hair that she, well, she actually requests a special dog conditioner!

With luscious locks like that, we can't say we really blame her. With all of the compliments Lolita's potential family is expected to dole out and her affinity for special toiletries, Heavenly Angels Animal Rescue Inc. thinks it's best for Lolita to be a one-dog show. And really, who would want to compete with that? We're already having flashbacks of Steve Harvey and Miss Universe. 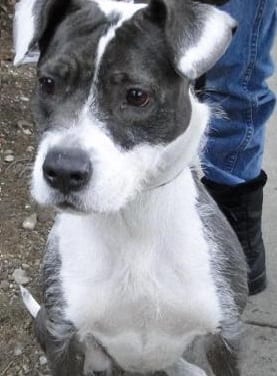 "Just wanted to make sure everyone got a good look at my chest hair." - Lolita

Perhaps the biggest surprise of all is that this furry has-it-all package has been waiting for over five years to find her own family. For over 35 dog years, Lolita has been canoodling with the rescue's volunteers, schmoozing it up at adoption events and wiggling her furry rump as often as possible to show everyone how wonderful it would be to have her join a family. Here at BarkPost, we think it's this gal's time to shine and meet her perfect match. [bp_related_article] Speaking of perfect matches, we were able to dig up Lolita's old doggie dating profile:

"Listen, I know I've got some extra hair on my lip. And my chest. But that's not what's important. What is important is that I'll love you endlessly, I'm the greatest snuggler in the world and, oh yeah, I'll help you justify those late-night McDonald's french fry runs." 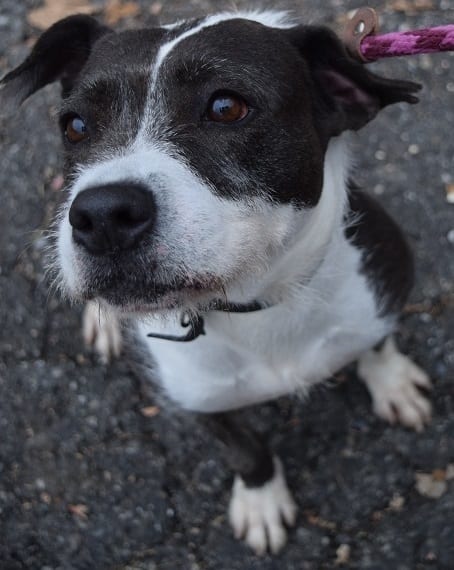 Lolita is using the age-old trick of puppy dog eyes to say, "Adopt me! Come on, 'dopt me!"

If you think your life just isn't complete without lovely Lolita, you can view her Petfinder profile and request an application. Because when you're this fabulous, of course an application is required.