How The Newly Discovered “Smell Of Death” Will Help K9s Everywhere

We know all about bomb-sniffing dogs, drug-sniffing dogs, even fruit-sniffing dogs, but have you heard of cadaver dogs? Cadaver dogs are specifically trained to locate and follow the scent of decomposing flesh. This might sound a little gross, but sometimes science is gross. Cadaver dogs have an extremely important job within the justice system. In order for a crime to be proven and solved, there often needs to be a body, and this is where cadaver dogs come in.

Using their nose, these specially trained dogs are able to search for and locate the body so that justice can be served and families can have closure. Cadaver dogs also needed to recover bodies after natural disasters, such as earthquakes or tsunamis. When cadaver dogs are in training, they learn to pick up the scent by working with pig remains and chemical products whose compounds are not specific to humans. Unfortunately even with this training, a lot of false positive identification in the field still occurs. Dogs often signal they have found something, only to discover it is the body of a wild animal or pet that had been buried. Researchers at the University of Leuven wanted to see if there was a way to train these dogs more effectively by creating a more accurate “smell of death”. By testing a series of human and pig samples at different levels of decomposition, they were able to discover the specific chemical compounds emitted by both human and pig remains, as well as some only emitted by pigs. These two discoveries allowed the researchers to pinpoint chemical compounds found only in human remains. 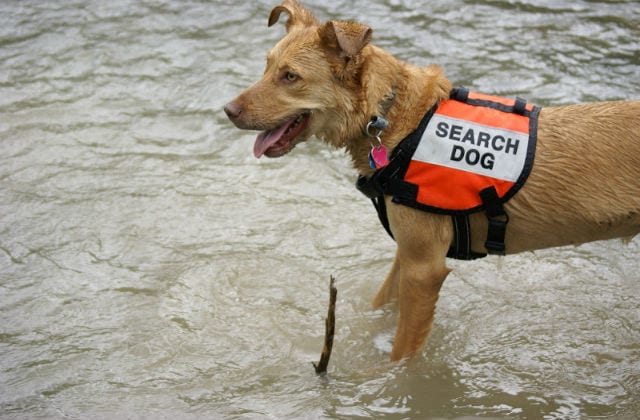 All this science sounds pretty cool, but how well does this newly discovered “smell of death” really work? Using a sample created in the lab, researchers tested it out with the canine team of Belgium’s federal police, who immediately recognized the mixture as being human remains.

It might be gross, but this discovery marks huge step forward for science and for the future of cadaver dog training.

H/t to News Daily and About.com