14 Ways Dogs Help Save the Earth

Well folks, it's Earth Day.  I realize you have been told the importance of recycling and conservation many times before, but just in case that hasn't prompted you to start, hopefully the actions by our bodacious pup pals will do the trick! (Yes, I said bodacious.) Disclaimer:  This is not necessarily a scientific or factual article, so don't get "pup-set."

The ultimate recycling dog, Puglet the Green Pug shows that anyone can help out the environment and reduce their carbon paw print. https://www.youtube.com/watch?v=yKoLBSK8SSE&list=PL5430CA5F5486199D "Seriously, 30 dogs and only one peeing tree open? This is ridiculous."[/caption]

By digging up the soil and exposing it to air, as well as burying bones and food, dogs help renew and enrich the environment.  But mostly they just don't want Buster, the sneaky neighbor dog, to get their treasured item. [caption id="attachment_12064" align="aligncenter" width="425"] 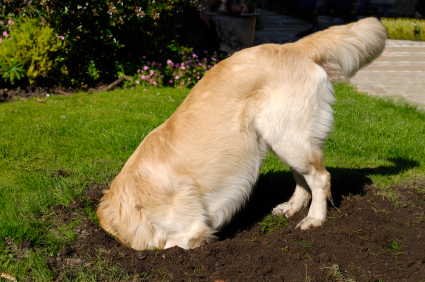 4. Picking Up and Disposing of Unwanted Items

Dogs have the uncanny ability to dispose of hoomans unwanted items.  However, not all pups do this the appropriate way.  Just remember, their hearts are in the right place. "Listen hooman, let's just agree that this is part my fault and part your fault...but mostly your fault."[/caption]

One of the energy conserving traits dogs posses is their love for walking as a form of transportation. [caption id="" align="aligncenter" width="550"] "Ok, team meeting. We are about to go to PetSmart, so if anyone needs to use the fire hydrant, do it now because I'm not stopping!"[/caption]

6. Dogs are 'Diehard' About Recycling

Um, to be honest, this really has nothing to do with recycling, it's just awesome.  I'll try to tie it in.  Let's see, how about, "Dogs don't waste electricity or need shoes...just like John McClain."  There, that suffices. https://www.youtube.com/watch?v=D9aUg7PgiqA

This heroic pup shows us how to conserve water, energy, and toast.  Remember folks, always finish your toast, because it is delicious...and your dog probably wants it too. https://www.youtube.com/watch?v=BcjdV4LXPeo

Yep, just what you think it is.  Dogs eat poop.  It's no mystery.  By eating that poop, they are cleaning up the Earth and reducing methane...until they poop again.  Hmm, the vicious poop cycle strikes again.  Very well, you win this round poop. (Apologies if you are offended by the word poop) On Warrnambool’s Middle Island, off the south coast of Australia, Maremma sheepdogs are used to protect the endangered Little Penguin.  The dogs bond with the penguins and keep them safe from predators during low tide.

When asked for a comment, here's what these dogs said.  "If you are looking for ransom, we can tell you we don't have money.  What we do have are a very particular set of skills; skills we have acquired over a very long career. Skills that make us a nightmare for people like you. If you let our penguins go now, that'll be the end of it. We will not look for you, we will not pursue you. But if you don't, we will look for you, we will find you, and we will kill you." "Dude, Elma, I just watched that movie 'Taken' and I'm totally going to use that quote in my interview about Earth Day tomorrow."[/caption]

Because they are expert diggers, dogs are sometimes called in to oversee the excavation and planting of trees, flowers, etc.  Being the nature lovers they are, pups love to help! "After you finish planting that tree, dig another hole over there so I can bury my tennis ball...and my bone...and my rope toy...and the cat's bowl."[/caption]

One of our favorite things about pups is how they dry.  Shaking like a polaroid picture (yes, I realize I just dated myself), dogs are great at conserving energy nature's way. "I don't always shake dry, but when I do, I make sure I do it near a dry hooman."[/caption]

(In my Billy Mays voice) "Do you hate food stuck on your dishes?  Tired of always having to clean them again AFTER going through the dishwasher?  Then I have the product for you! Doggy Licks!  Doggy Licks is a great product that pre-cleans your dishes and readies them for the dishwasher!"  (Billy Mays was a really cool dude) "You can purchase Doggy Licks for just 3 easy payments of 2 belly rubs and a game of fetch! But call now and we'll double your order!"[/caption]

A yellow lab named Tubby has helped his owner gather and recycle over 26,000 plastic bottles!  He even made it into the Guinness Book of World Records for the most bottles recycled by a dog!  Read Tubby's story here. "I am Tubby. Master of the plastic bottle. Devourer of litter. Champion of recycling. Expert at the dog paddle. Fan of squeaky toys and Aquafina bottles.[/caption]

Dogs have the amazing ability to locate and track endangered live animals and plants.  According to an article on Mother Nature Network, "Canine conservation projects include tracking jaguars in the Amazon rain forest and Mexico and monitoring Asiatic black bears classified as vulnerable in China."