13 All-American Dog Breeds You May Not Have Guessed

Any idea where your dog (or parts of your pup, if you’ve got a mutt on your hands) originated? Some are pretty obvious; German Shepherds, Italian Mastiffs, and English Bulldogs all hail from the countries they were named for, but it isn’t always so easy to tell.

Test your dog-breed knowledge with these 13 red-blooded American dawgs. Aussies were developed on ranches in the western United States, and were seen as early as the 1800s. These pups are very focused, and need lots of attention, pawsitive reinforcement, and exercise. They can still be found working on the ranch, but also work as guide dogs, therapy dogs, drug detectors, and of course, man’s best friend. The Catahoula originated in Louisiana near the Catahoula Lake, its namesake. They’re so pupular that Louisiana named them the state dog in 1979. Catahoulas have herding instincts, but have also competed successfully in dog sled racing in Canada. This dog descends from handsome red foxhounds. Although Redbone breeders concentrated on flashy looks, people often seek them out for their incredibly strong hunting abilities. They are excellent swimmers, too, so a nice lake or pool is A-OK! This pooch is the largest and oldest of the Arctic sled dogs. They aren’t built to race, but rather to carry large loads over long distances. Alaskan Malamutes make loving family dogs, and respond well to training. However, they do require regular exercise and would fit best with an active family. 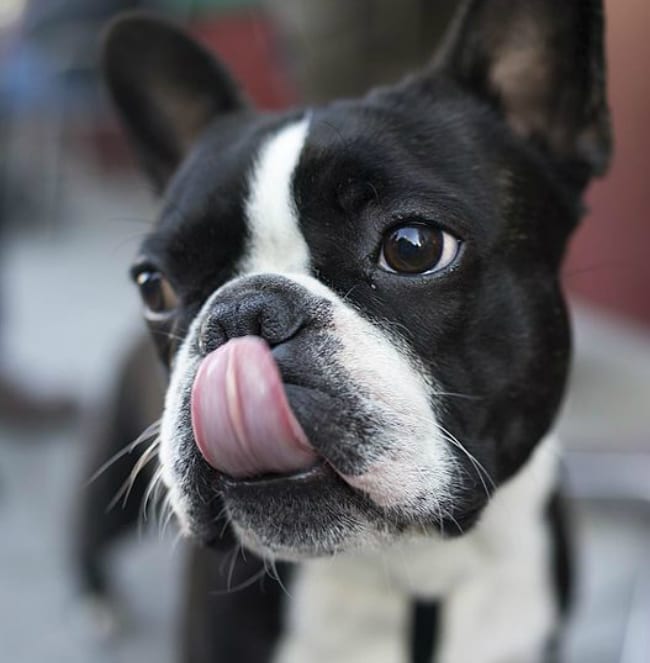 Nicknamed “The American Gentleman” for their gentle disposition and dapper appearance, this English Bulldog/White English Terrier mix is low-maintenance and quite the lover, making them the perfect house or apawtment pooch. Hello, Wisconsin! Wisconsin’s state dog, the American Water Spaniel, loves daily exercise, but also enjoys relaxing with his hoomans. These dogs respond well to training, as they are very eager to please. Two Newfoundland dogs were rescued when a British brig wrecked off the coast of Maryland in 1807. People in the area bred them with local dogs to develop this breed. Chessies, Maryland’s state dog, are the toughest water retrievers around. 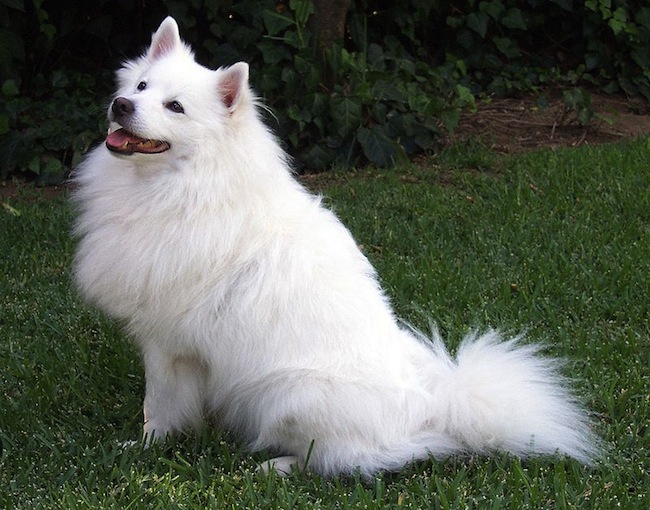 Eskies’ alert and intelligent nature makes them great watchdogs. Their fluffy coats shed a lot, so they need to be bathed and brushed on a regular basis. You might consider not wearing black clothes with an American Eskimo Dog in the house. They are proud members of the Spitz family. This North Carolina state dog is all muscle! They have a strong voice, but are eager to please, loyal, and alert in the home. Plotts are often used as hunting dogs, and they require regular exercise. These little guys were bred to be farm dogs, but they ruv living comfy lives as members of hooman families. A mix of dogs form this breed, including the Italian Greyhound and Beagle. They excel in agility and obedience training. This canine has an interesting past… polar explorer Arthur Treadwell Walden developed the breed during the early 1900s to be a sled dog with endurance, an eagerness to learn, and a gentle nature. Guinness recorded them as the rarest dogs in the world in 1965, but the Chinook breed has been growing ever since. The Pit Bull Terrier and American Staffordshire suffer from an unearned reputation, but dog lovers find them to be the most fun-loving goofballs around. They’re very people-oriented and thrive best when they get to be part of a family. This loyal dog makes a great protector. Fun fact: An American Staffordshire Terrier named Stubby earned the rank of Sergeant, and was the most decorated dog of WWI. Big dogs come in small packages! The Toy Fox Terrier has a take-charge attitude. Their small size makes them ideal apartment dogs, but they also love being outdoors. They can hunt, excel in obedience, but also love chilling on the couch!